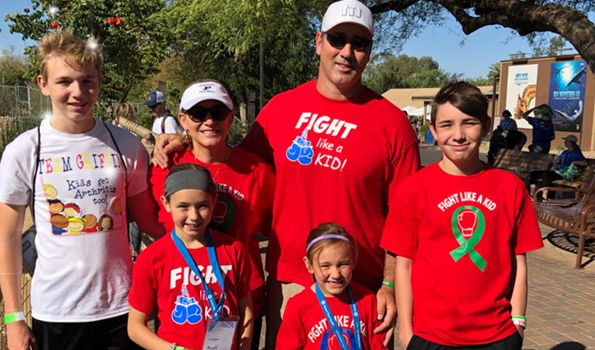 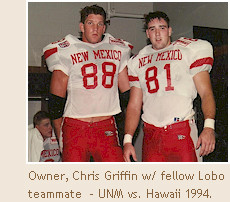 At the age of 12 Chris Griffin already had a strong work ethic. He was pushing a lawn mower around his neighborhood in Oklahoma City to earn extra money. Even before his teenage years, Chris understood that his hard work was the key to achieving his goals in all aspects of his life. It was that same dedication and hard work that secured Chris a place on the roster of the University of New Mexico football team where he played all four years of his collegiate career and amassed an impressive career average of 13.4 yards per reception and over 4 yards per carry. This contribution to the team and his leadership abilities earned Chris the role of team Captain during his senior season. 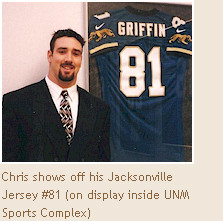 After graduating with a BS in Civil Engineering, Chris followed his dream to the NFL where he was drafted in the 6th round as the 173rd overall pick by the New England Patriots. Chris also played for the Jacksonville Jaguars before retiring and returning to New Mexico to open his first landscape company which he rapidly grew to a staff of over 50. But his eyes were still scanning the horizon for his next challenge which was found in 2001. Ever the visionary, Chris recognized the immense potential for growth in the Phoenix market and choice to relocate to the valley. This early insight allowed Chris to build the foundation for what is now one of the top 3 landscape and pool companies in the state according to AZ Business Magazine.

Chris’s unique combination of vision, a strong work ethic and dedication to his customers has propelled him to a leadership role in the landscape and pool industry. His list of certifications, degrees and licenses clearly defines his knowledge of the industry and his commitment to continuing his own education to keep himself and his business on the cutting edge of the industry. But there is more to Chris Griffin than his lifetime of achievements on the football field and in the business world.

Clearly, Chris’s greatest accomplishment and joy comes from his family. As the father of 4, Chris dedicates much of his free time to activities with his children. He coaches his sons football teams and films all of his daughter’s soccer games. In addition, he can often be found swimming, camping or playing video games with one or all of his children. 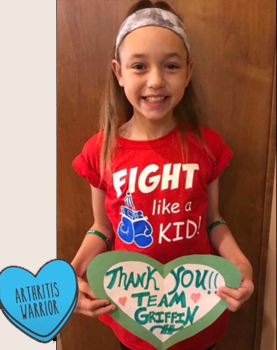 Another very important commitment that Chris has chosen to make is one that benefits children across the world who are facing juvenile arthritis. As the parents of Ella, who was diagnosed with juvenile rheumatoid arthritis at the age of five, Chris and his wife Jill have become champions for the Arthritis Foundation. Chris sits on the Board of Directors for the Arizona Chapter of the Arthritis Foundation as well as dedicating his time to being a Corporate Chair for the Walk to Cure Arthritis in 2016, 2017 and 2018. With Chris’s leadership and motivation, Team Griffin has been honored as a Top Fundraiser in 2015, 2016 and 2017. “I can’t fight the disease for her, she’s a very strong little girl – but I can help her by raising money for the Arthritis Foundation, which helps to bring awareness that Kids Get Arthritis Too!  And ultimately we will find a cure! ” Chris stated. And he is certainly committed to going above and beyond his promise to help not only Ella but every child who is suffering from the pain of this disease.

If Chris’s past accomplishments are any indication of the success he will achieve working with the Arthritis Foundation, then a cure is certain to be on the horizon! And Chris and the entire Griffin family will have had provided the strength, support and dedication that was needed to find it.

It is not often that you meet a person who has set goals as lofty as reaching the NFL and owning a business that literally sets the standard for excellence in an industry and then achieves them. But then to learn that this person is even more dedicated to finding a cure to spare millions of children pain and to being a good father and role model to his children is even more unique. But that really is Chris Griffin, the man behind the UNIQUE Companies and so much more to so many people.

Paradise isn’t found it’s created. Contact us and we will create it for you!